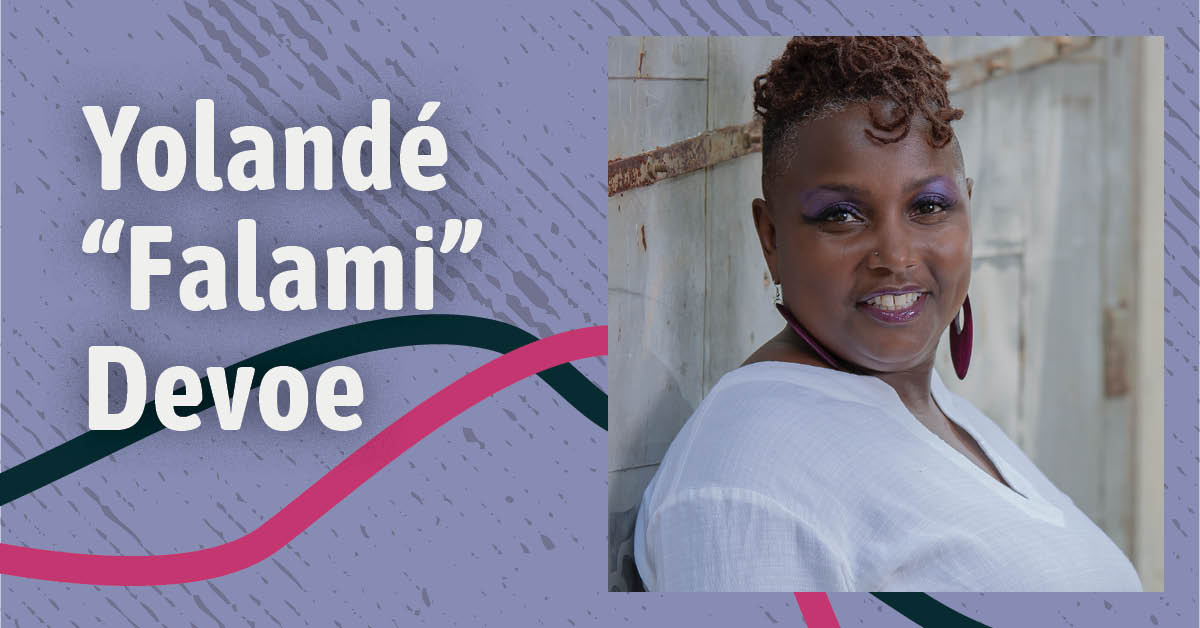 “I started on a self-care trek as a result of my health issues that continued and expanded,” she said. “I had been juggling school, work, and family. I was beginning to understand the importance of balance and prioritizing myself.”

Her work with clients – which involves individual sessions and group conversations – incorporates her years of research in body positivity.

“I’d had some type of body dissatisfaction since I was 12,” said Devoe, who became a holistic health practitioner in 2012. She operates a business, Holistic Alchemy, from her hometown of Atlanta.

“I started talking with women around healthy eating. The sessions turned into the group talking about their experiences and how it shaped the way they see their bodies.”

As an African-American lesbian in this work, she expressed it’s important for her to be her authentic self and encourage others to do the same. For that reason, she specializes in the self-care of women of color.

“I believe women of color need to be liberated from ideologies saying they should look and be a certain way,” she said.

Devoe provides alternative therapies for clients in self-care, including meditation and sound healing to achieve balance and optimum health in the body and helps in adopting positive lifestyle choices.

“It’s a combination of my experiences and the expression of who I am,” she said.

She also leads virtual “sister circles,” for learning, connecting, and growing with other women and developing and strengthening self-care practices.

This year, she’ll earn her PhD from Antioch’s Graduate School of Leadership and Change with a specialization in African-American women’s experiences of their bodies.

Devoe’s mother, who worked in higher education administration and was active in the community, influenced her career path.

She chose Antioch for her first master’s (in Leadership and Change), she said, for its social justice emphasis and cohort model.

“I appreciate the value in assessments and evaluations – it’s deeper than a letter grade,” she said. “I knew Antioch was the place for me to grow as a scholar and community activist.”

While she didn’t originally envision pursuing her doctorate, she knew if there was ever a PhD program for her, it was at Antioch.

“After a year, I had an epiphany and decided to take the leap,” she said. “Now I’m a student and an instructor – it’s a beautiful place to be in.”

She designed a course for Antioch’s undergraduate online program in community engagement and next will teach another first-level undergraduate course titled Experience and Expression. Her PhD, she said, will afford the opportunity to write her ticket.

She looks forward to presenting her scholarship at national conferences, including at the National Women Studies Conference in San Francisco this year.

“Community engagement is so important to the work of women,” she said. “ As women, we are naturally innate communal people. I want to address how to use those innate skills to engage in community work.”