Be ashamed to die until you have won some victory for humanity.” – Horace Mann

Festival of Books at USC campus on Saturday, April 13th and Sunday, April 14th. Students from across all academic programs, including the Bridge Program, as well as Antioch faculty and alumni, come out to share their work at the “Voices of Antioch” open mic. This includes readings from best-selling memoir works, fiction, creative nonfiction, and poets. In the past, the open mic has exceeded 40 participants, but this year more than 60 unique voices from our wider AULA community will participate.

Organizer and AU Librarian Ken Pienkos is “absolutely thrilled” to announce that the “Voices of Antioch” open mic will be featuring some special guests from Queerwise LA, Los Angeles Housing Works and Van Ness House, and Skylight Theatre.

“These expanded partnerships fulfill the university’s mission to promote social, educational, and economic social justice by highlighting the creative work of local community organizations who, like Antioch, are committed to providing relevant contemporary value.” Queerwise, is a “writing collective and spoken word performance group comprised of out lesbian and gay seniors living in Los Angeles “The collective has gained a remarkable reputation in the wider literary community for their “multigenerational queer voice.”

Likewise, Antioch University Los Angeles will be hosting writers and performers from LA Housing Works, whose mission is “to create housing and service options that model, with respect and dignity, sustainable, environmentally sensitive, affordable communities for people who are homeless and of limited resources.” Queerwise and LA Housing Works and Van Ness House will be participating on Saturday the 14th. Actor, director, and activist, Michael Kearns who has led many writing workshops with LA Housing Works and the Van Ness House says, “I cannot tell you how much this will mean to our people who battle with their self-esteem every day. It will lift them heavenward.”

Also on Saturday, the Skylight Theater will be sponsoring Tony Abatemarco who will be reading from his new book, a collection of plays titled Action Items. Abatemarco is a renowned playwright and has performed both nationally and internationally. Actor Michael Kearns will be joining Abatemarco and friends including American Film and Television Actress Dale Roul for the open mic reading. Abatemarco will also be dedicating this live reading to “…the memory of his beloved friend Nancy Fawcett, who taught so many so well at Antioch, and improved the lives of many more by sharing her gifts of self-awareness, mindful behavior, and love.”

Antioch University Los Angeles will celebrate a victory for humanity at the Los Angeles Times Festival of Books with a non-stop stream of voices for two days representing the heart of inclusion, diversity and those spirits often beneath notice. 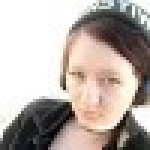