It’s been about six months since the release of your book, what has the response so far been like from both critics and readers?

It’s been great hearing from readers who tell me they recognize their own experiences in the book. I talk a lot in the book about being mixed race, and it’s resonated with folks who’ve reached out. I definitely think the book might surprise some people who expect it to focus more on conventional bike topics, such as promoting infrastructure projects.

How did you get involved with bicycling and what initially inspired you to write Bicycle / Race?

I started wondering about the intersection of race, class, and sustainable transportation when I moved back to Southern California for graduate school in 2007. I was raised in south Orange County and had gone to college in Portland, OR, and coming back to this region gave me culture shock around transportation! Up in Portland, I had started bike commuting without thinking much about it. Suddenly, after I moved back south, I was riding on streets where drivers expressed a lot of anger at my presence. And who else was out there riding bikes, walking, and using transit to get around? Mostly low-income people, people of color. It seemed like a paradox to me that there was a growing awareness of the need to find more sustainable transportation options at the same time that people outside of cars get treated like less-thans in this region. So, I started studying the issue and haven’t stopped yet.

How did your background in anthropology influence your experiences and/or writing of your book?

My approach to bicycling and mobility in general is shaped by being an anthropologist. Anthropologists study everyday culture, which I think of as the interface between an individual and the world they live in. Culture tells us how to behave, how not to behave, how to be kind, what is taboo, it gives us signposts for how to interact with the world and other people around us. From this perspective, transportation and street spaces offer tremendous opportunities to observe and experiment with the cultural values people carry with them about what makes good or bad transportation. This is pretty different from what is standard in transportation research and planning, field which tend to take for granted that the best way to understand or change a street is through changing the built environment design.

The subtitle for your book is “Transportation, Culture, & Resistance,” of the three which one resonates most with you when you think of bicycling?

Probably culture, I think there needs to be a much bigger investment in fostering sustainable cultures in regions like Los Angeles. Redesigning streets or otherwise changing neighborhoods so often triggers displacement and gentrification; what if we invested in changing culture instead? In my vision, elders and youth can be paid to promote sustainable transportation in their communities, that’s what I mean by changing culture.

What do you hope your readers take away from your experiences?

I hope people consider how their personal values tie in with their transportation behavior. Is that really the way we want to treat each other, honking and swerving and revving our engines? I’d love to see a broader dialogue about how we interact in streets and bigger questions of inequality. That’s why I’m an advisory board member with People for Mobility Justice, an L.A. community-based organization that looks at questions of street safety in communities of color. 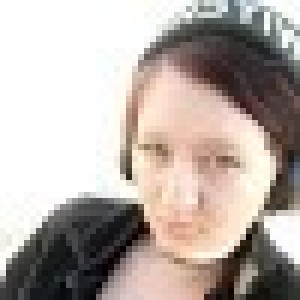