Dr. Janet Dewart Bell joined the Antioch University Board of Governors in July 2021.  She is serving on the Institutional Advancement Committee and the Enrollment and Marketing Committee.

Q: What about Antioch University do you find most compelling and intriguing?

The legacy of social justice and academic innovation and excellence. I take seriously the words of Horace Mann: “Be ashamed to die until you have won some victory for humanity.”

Q: I am sure you have many responsibilities currently in your life. What has drawn you to serve on the Board of Governors of Antioch University?

I am grateful to Antioch for believing in me and providing an opportunity for me to resume my academic pursuits after I had withdrawn from my first undergraduate college and became involved in the Civil Rights Movement.  The Antioch Expansion Program was a rare gift that allowed me to complete my undergraduate degree with consideration for my lived experience as well as the previous coursework I had completed at Howard University.

Q: What contributions do you hope to bring as a Board member to leading Antioch University?

I am a bridge-builder and thanks to an excellent education in Antioch’s doctoral program of Leadership and Change, I have gained invaluable information and skills on how to effect change. I am always student-focused and try to listen to what ideas and systems of instruction and support are best suited to inspire action to achieve social justice. I know, too, that Antioch as an institution must have a solid financial and organizational infrastructure to be able to further the mission and be self-sustaining.

Q: What do you hope to learn as a Board member about leading universities in today’s complicated environment?

I am very impressed with the other members of the Board and expect that through robust interactions with them, I will learn how to navigate through, as our late Antioch  professor Peter Vaill would say, “permanent white water.” Because of the social consciousness of the members of Antioch’s Board, I want to explore how to make diversity, equity, and inclusion real throughout the University and I want to explore models that can be replicated at other universities.

Q: If I were to do this interview with you 5 years from now, what would you like to be able to say about Antioch University?  about your service on the Board?

That I showed up and gave Antioch the best that I had to offer and that Antioch benefited from my service.

What would you like our readers to know about you that they might not know from your brief bio statement?

Professional Bio:
Janet Dewart Bell is a communications strategist and management consultant with a multimedia background, as well as experience in policy advocacy, strategic planning, fund development, media training, and education. She is a social justice advocate, activist, executive coach, and motivational speaker, with a doctorate in Leadership and Change from Antioch University. She is the author of Lighting the Fires of Freedom: African American Women in the Civil Rights Movement.

Among her accomplishments are an Emmy® for outstanding individual achievement (CBS-TV affiliate in Washington, DC) and programming for National Public Radio honored with a Peabody award, considered the highest award in broadcasting.

She has been a key strategist and senior executive at a number of national organizations, including The Opportunity Agenda, PolicyLink, the National Urban League, the National Committee on Household Employment, and National Public Radio (NPR). She was Director of Communications and Public Relations for District Council 37, the American Federation of State, County, and Municipal Employees (AFSCME), in New York City. As a Visiting Research Professor at the University of Pittsburgh, she developed and taught a course on Effective Advocacy and co-taught a constitutional law course with her husband Professor Derrick Bell.

She developed and managed The Opportunity Agenda’s acclaimed Communications Institute, a four-day, intensive multi-media training for social justice advocates. As Director of Communications at PolicyLink, Bell was instrumental in developing the organization’s collaborative approach to advocacy and communications and developed the trademark “Lifting up what works.”® As Director of Communications at the National Urban League, she was the League’s chief communications strategist and editor of The State of Black America. As part of AFL-CIO delegations, she has taught trade unionists in Morocco and Tunisia. She was the Chairperson of the District of Columbia Commission for Women and represented the District at the International Conference of Women in Nairobi, Kenya.

Bell established the Derrick Bell Lecture Series on Race in American Society at the New York University School of Law, now in its twenty-fourth year. Along with other lead donors, she helped establish in 2012 the Derrick Bell Fund for Excellence at the University of Pittsburgh School of Law, Professor Bell’s alma mater, to honor his memory and legacy. She has also endowed the Janet Dewart Bell scholarship at Baruch College, where she earned a Master’s.

Bell is the founder and president of LEAD InterGenerational Solutions, Inc. A nonprofit dedicated to developing intergenerational leadership as social change agents. She serves on the boards of CancerCare, the Southern Center for Human Rights, and the Women’s Media Center.

She is an ordained elder, serving at First Presbyterian Church of Brooklyn, an intentionally inclusive and diverse Christian community, where all are welcome. 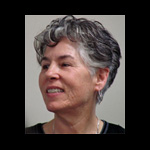 Laurien Alexandre, PhD is Special Advisor to the Chancellor and Provost of Antioch University’s Graduate School of Leadership and Change. Since its founding in 1852, Antioch University has stayed at the forefront of social justice, inclusion, and equality for all people, regardless of ethnicity, gender, creed, orientation, or ability.
PrevPreviousSharing Education as the Passport to Access and Opportunity
NextObituary Poems Win Awards and Recognition for MFA Chair Victoria ChangNext